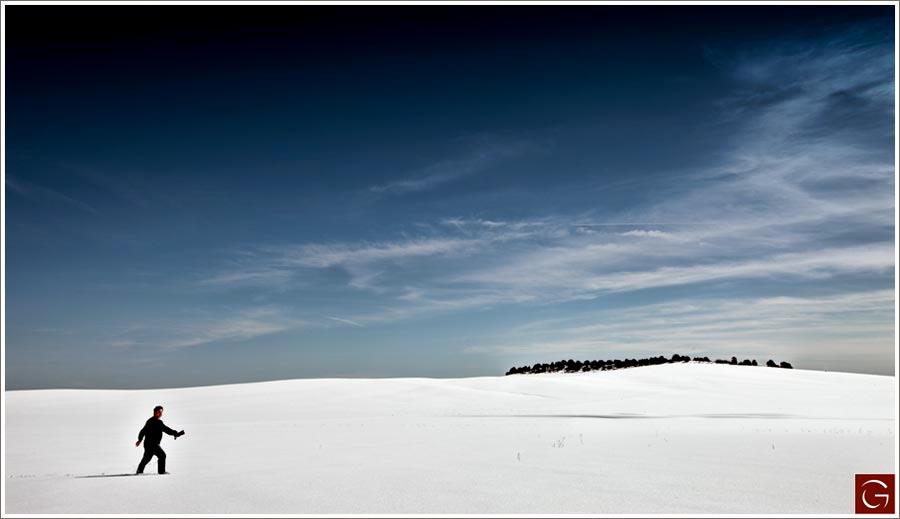 Marcus parades through a wonderfully serene setting in the middle of nowhere.

We had just spent a great morning in Zion National Park photographing some beautiful and rugged scenery. The decision had been made that we would drive 3 hours to Page, AZ to visit Antelope Canyon in the afternoon.

We were already late leaving and were pushing it just to get to Page in time to even see Antelope Canyon before sunset.

Just after leaving Zion we passed a beautiful open field covered in snow. It had the most gorgeous perfect blue sky overhead. Immediately cries go out “stop the car, stop the car”. Cries shoot back “we don’t have time, we don’t have time.” There wasn’t much battle to be fought on this one so we pulled off the road and grabbed the gear.

Marcus and Parker are raving about the landscape that is laid out before us. “This is the most beautiful place I’ve seen on the whole trip” they both say. After all, they ARE the resident landscape photography experts.

I’m thinking, yeah, umm, okay…white snow, blue sky cool, but it’s a little, ahhhm, empty doncha think? Well, yes it was quite empty and that was exactly the point. What a perfectly serene setting with such crisp, unmarred crystal white snow. 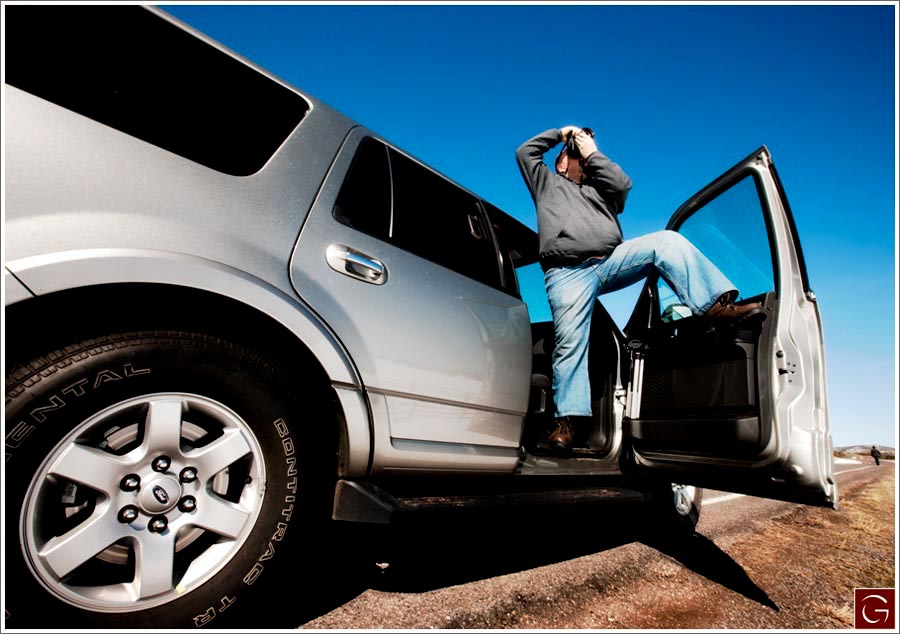 Parker shooting along the roadside in Utah.

As we are all shooting with our back to the road, a car pulls up behind our Ford Expedition. A guy jumps out with a camera.

He says “I figured if I see Parker Pfister shooting something beside the road, then I better stop and shoot it too.”Â  Turns out this guy had been to WPPI and recognized Parker from his speaking engagements there.

Figure those odds, here we are in the hills of southern Utah, miles from any civilization, and one of the few cars that passes by is driven by someone that recognizes Parker. There’s a rockstar moment for ya.

We continued to work this scene for a bit while Parker and his new friend did some catching up. We couldn’t waste a lot of time here however, as our mission for the afternoon was to arrive in Page by 4pm. If we didn’t make it by 4, we were afraid we wouldn’t be able to get into Antelope Canyon.

Antelope Canyon has a bit of an interesting story. The canyon sits on Navajo territory and the local Navajo tribe there runs the tour operation. To get into the canyon you have to meet a guide in a parking lot just outside the park.Â  The guides are usually set up and waiting with their trucks. You just show up, park your car, pay them cash, and they drive you down to the canyon entrance.

The guides usually don’t stay late into the afternoon, especially on a Friday afternoon in February, so we wanted to make sure we got there before they took off for the day. Otherwise we had no access and our afternoon spent driving would be a complete waste.

We finally hit the road for good right around 1:30PM. A little late but not too bad. We had to make a quick hit at a gas station for some food and fuel.

Here are a few last frames before we headed out.

I love this first one of Marcus. Reminds me of Elmer Fudd. “We’re hunting wabbits.” 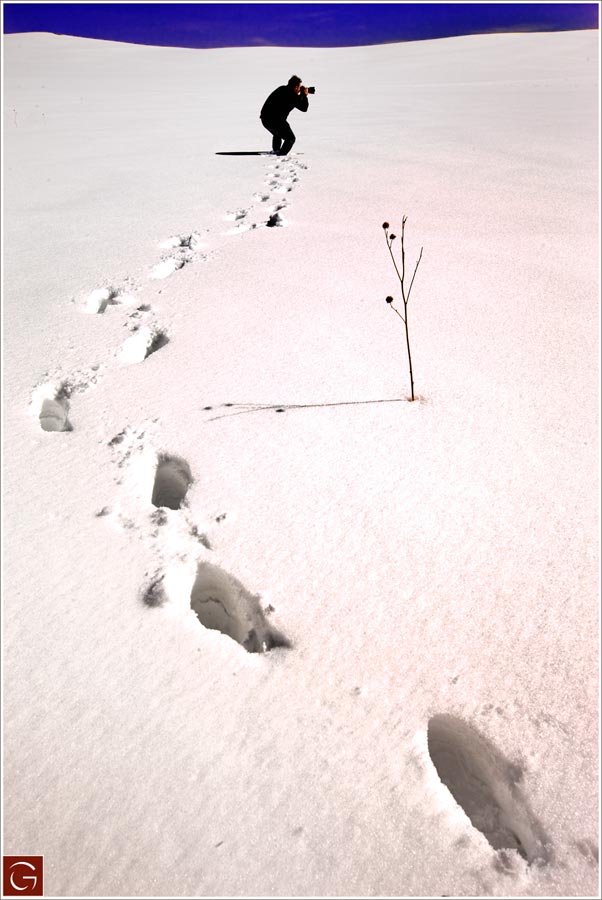 That's me ready to catch Jason when he falls. Or should I say catch the moment when Jason falls!

The gas station we stopped at had quite a lot of character. It was so cool they even had a wooden Indian. I haven't seen one of those in year.

Here's a frame from Parker. Jason Starr waiting patiently for his lunch.

All the gang outside the entrance to Antelope Canyon in Page, AZ.

The 3 hour drive to Antelope Canyon seemed to take forever. After not getting much sleep the night before, and already being tired from a week in Vegas, I almost has to resort to propping my eyes open with toothpicks. We drove through some very beautiful scenery in southern Utah but we were on a mission to get to Antelope a few hours before dark.

I was SO happy to finally pull into the parking lot, not only because I was tired of driving, but because there were still a few guides there to give us access to the canyon.

Antelope Canyon is a much different place from the immense bluffs around Zion. Antelope is what’s known as a “slot” canyon and is much, much smaller. A slot canyon is created over time by the wear of water rushing through the sandstone. In fact, the area around Antelope is prone to flash flooding and that’s one of the reasons the guides have to drive you to the entrance.

That little sliver of an opening behind us in the picture above is the entrance to the canyon. The entire canyon is about one quarter mile in length. There are places so narrow you can extend your arms and touch both walls. At it’s highest point the canyon walls may reach about 100 feet or so above the ground.

Inside the canyon is one of the most breathtaking and tranquil places you can imagine. The canyon walls have been beautifully etched grain by grain by the wind and water over time. The light and shadows created by the narrow creviced openings from above accent the curves and swirls of the sandstone magnificently. We were fortunate that there were no other tourists visiting while we were there. For about two hours, we had the place entirely to ourselves.

We actually got into the canyon around 4:15pm. It was already very dark inside. Supposedly the best time to visit is on bright sunny days. When the sun is high in the sky shafts of sunlight beam down to the ground making the interior landscape all the more dramatic. Even though it was very dark inside, there were still many opportunities to play with the light and texture on the walls.

Stepping inside the entrance, the first view is spectacular.

Antelope is a great study in form, light and texture. The very basic elements of photography.

A couple of Parker's images from inside Antelope Canyon.

This is a picture I made from up on top of the canyon. This view really shows the large gully where the water that shapes the canyon flows. At bottom right you can see the "slot" or creviced opening that forms beginning of Antelope Canyon. You can also see the circular patterns the guide's vehicles make when they drop visitors off at the entrance. Those teeny-tiny people down below are Parker and Adam. It was a great stroke of luck that we had the whole park to ourselves the entire two hours we were there.

A picture that I made of Parker on the left just after he made the image of me on the right.

Our Navajo guide that drove us out of the park at dusk. A large power plant is at left and is very near the park.

Parker's panoramic version. He is a panoramic machine.

Parker snagged a nice image of the sky just after sun had set. 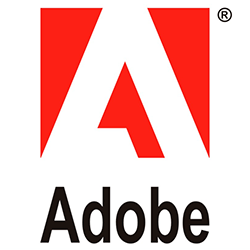 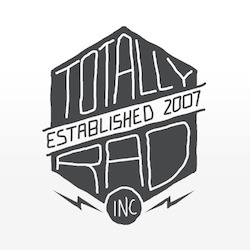